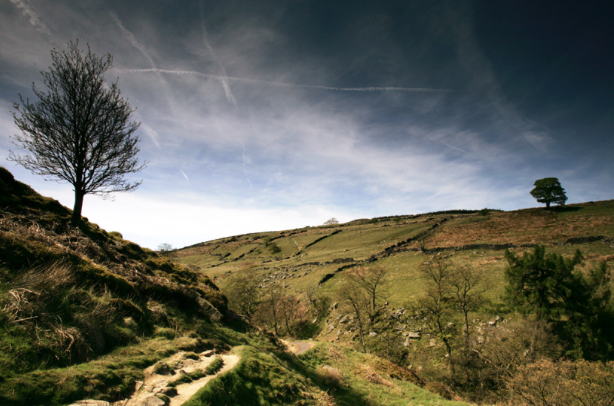 I don’t know if I’m alone in reading like this (I’m probably not), but I tend to skip over the precise spatial details of rooms and settings in novels. I’m interested in atmosphere, colour and noises, but for whatever reason I find it difficult to imagine the physical, geometrical arrangements of a setting in my mind’s eye. So, I end up mapping descriptions from books onto locations from my own life. Wuthering Heights takes place in my grandparents’ house in Shropshire, not on the North Yorkshire moors (I’ve never been there). The characters of Zadie Smith’s White Teeth live not in London – a city I don’t know very well – but Sheffield.

I’m interested in how where I am when I read a novel affects the manner in which I imagine it. I read The Stand by Stephen King on holiday with my parents in Kefalonia when I was 14, and so the turquoise Ionian Sea replaces the New England coastline which some of King’s book is set on. Rereading the first 100 pages or so of The Stand recently, this is still the case. The image of Kefalonia is sufficiently seared onto my consciousness that seven years later, it’s a stand-in for Maine, New England (another place I haven’t visited). New York City also plays a role in The Stand; I can’t remember how I imagined it when I was 14, but in my head now NYC is inextricably linked to the Liberty City of Grand Theft Auto 4, a game that hadn’t been released in 2006 when I first read The Stand. When I think about it, I’m almost surprised by how much Liberty City has influenced the representation of New York in my imagination. The same goes for GTA: San Andreas and books I’ve read that are set on the West Coast of America.

I’d like to know the logic behind the brain’s appropriation of film/TV/video game settings and unrelated real life locations for imaginative purposes. Except, I don’t think that there is a particular logic to the way my mind does it – the more I reflect on it, the more it seems like a weird, almost dreamlike associative state my brain enters when I read a book. Places I haven’t consciously thought of in years will make cameos as I work my way through a novel – fields alongside the bus route I used to take to primary school and old houses of childhood friends exist as textual ghosts in my imagination.

And I’m sure that if I were to map out all of the locations I think of when I read, a complicated web of relations would appear. For example, I can think of settings which are an amalgamation of two real-life places (the library in Ulysses for me is, as far as I can tell, a combination of Western Bank in Sheffield and the Finnish National Library in Helsinki). I read Infinite Jest about five years ago, and imagined Don Gately’s halfway house (Ennet House) as one of the nursing homes that my grandmother spent time in in around 2002. A few weeks ago I was reading a book by neurologist Oliver Sacks about hallucinations and realised that his surgery was, in my head, my grandmother’s nursing home/Ennet House. The lines between these two places are now so blurred that it’s difficult for me to tell where one begins and the other ends. In a sense, Ennet House has disrupted and dislodged a real life location in my memory.

There’s this complex, symbiotic relationship between films, TV, books and dreams. All these mediums influence and feed off one another: novels affect dreams, dreams distort novels, films and TV shape dreams and novels. And so on.