Posted on 1 December 2014 by Laura Brewis 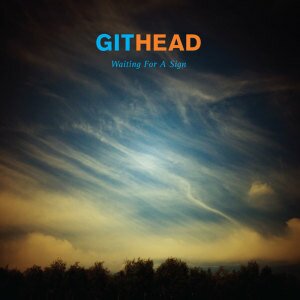 Waiting For A Sign marks the return of the experimental indie group Githead after a five-year break from recording. Each member of the band have been busy with their own personal creative projects but the commitment to further pushing Githead to new musical levels has proven to beat individual desires.

The band’s  classic tropes  such as weighty bass lines, dream-like melodies  and hypnotic beats are not forgotten on their latest album. But they don’t just stick to this same formula;  think reinvention rather than recycling.

Opening with the calming, enticing ‘Not Coming Down,’  you fall into a trance and might not even release it until three songs later. The album has a carefully picked selection of songs that run nicely into each other. Each song has a sunny instrumentation and is rich with post-punk sounds.

‘Bringing The Sea To The City’ has recurring ideas of relocation, contrasting  between staying rooted in one place to movement. Oddly this one was my favourite out of the bunch as the music repeated in a soft soothing kind of way.

‘Slow Creatures’ and ‘Air Dancing’ start off with a bluesy-feel that untimely falls into a trance-like  groove. While listening it does feel like the track should build to something rather than just dissolving.  However, it works to create a calming harmonic arrangement.

‘For The Place We’re In’ is more immediate, more memorable. This one is quite folky , showing how Githeads have evolved and transformed to new territories.

Ending with ‘Waiting For A Sign,’ mirroring the album’s title, it finished the work of a group that are no long stuck on repeat and have the ability to change their iconic sounds to a wider scope. It  will surprise old fans, new listeners and themselves.