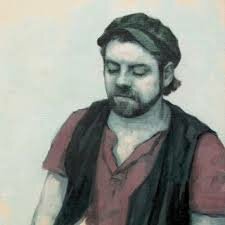 Glenn Wool’s show in Newcastle can only be described as an absolute sellout. The narrow corridors of The Stand were nearly bursting around the edges with the amounts of people that were turning up. Since I, for one, had no previous observations of Glenn Wool’s shows, I expected this to mean that I was in for something rather marvelous.

I wonder whether the fact that I didn’t particularly enjoy the show makes me a cynic, unable to appreciate quality comedy acts. And I’m not saying I didn’t smile and laugh here and there – some of Wool’s jokes were well-placed (one of these, off the top of my head, is the story of how he saw the world’s biggest mosque and exclaimed “Jesus Christ!”) but most of these “Greatest Hits” in a way fell quite flat and were at times way too intensely presented for my liking. Not to mention that the warm-up act was Frankie Boyle, who I found crude and not in the least bit funny. Glenn Wool felt as if he was Frankie Boyle’s more-sensible-but-still-quite-rash older brother. And both of them had an uncanny resemblance to The Thick of It’s Malcolm Tucker.

The Jokes I’m Most Fond Of mostly consists of various gags collected over Wool’s 10 years of career in comedy. These largely include discussions of divorce, racism, drugs, sex offenders, and others of the sort. Some of the puns really did work, and were just the right amount of offensive to produce a substantial amount of good fun. And the audience were happy – they laughed in what were supposedly all the right places, although most of them seemed to be anything but right to me.

If Glenn Wool saw this review, he’d probably claim me to be a Jewish lady in her late 80s, the characters he described in his retelling of the story of his “worst show ever”. Wool’s greatest weakness, from what I saw, was that he was intense, very excruciatingly so. Doing funny voices and shouting at the top of your lungs does work to a point – not after you’ve been doing comedy for ten years, though? It is entirely possible that I’m in the wrong here. As I said, I hadn’t seen any of Glenn Wool’s shows beforehand, and this particular technique might be his unique comedic “signature”, however it simply just didn’t work for me.

Quality comedy shows are always thoroughly enjoyable, and I’m not in any way claiming that The Jokes I’m Most Fond Of was a complete disaster. I was almost surprised not to like it, even worried that I’ve somehow become too cynical and was unable to enjoy good comedy anymore. Solid effort, Glenn Wool, but I kept expecting more and didn’t quite get it. If disliking humor that’s so stretched it’s almost becoming transparent makes me into a cynic, I’ll take it. Has a better ring than 80-year-old Jew, anyway.

For more information on shows at The Stand, Newcastle visit their official website.

This entry was posted in Comedy, Stage and tagged Comedy, Glenn Wool, The Stand. Bookmark the permalink.